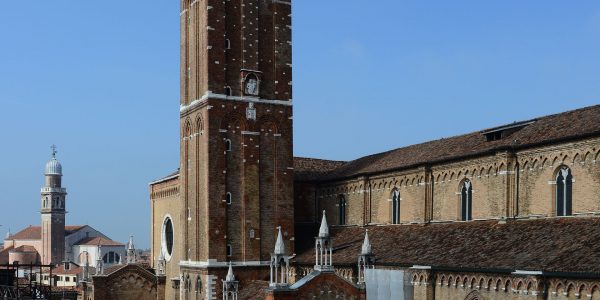 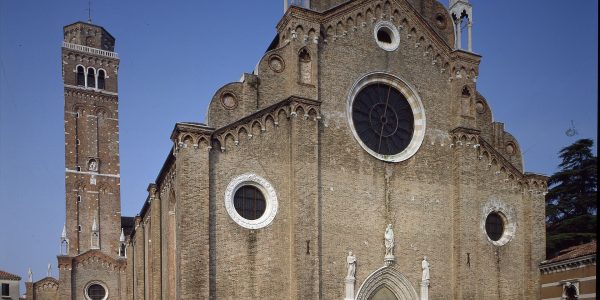 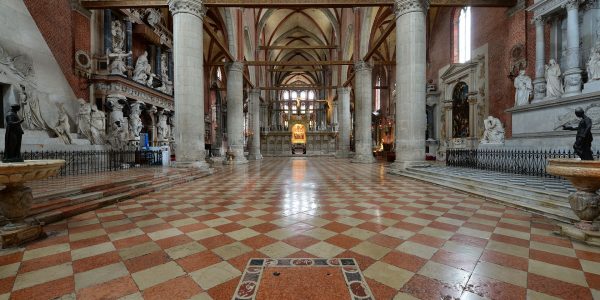 The Romanesque bell tower is 70 metres high and is the highest in Venice after San Marco. From the top you can get an amazing and rare view of the city and the isles of the Lagoon. Construction was started by the Venetian Jacopo Celega (1361) and completed by his son Pier Paolo in 1396. The inside has two flues linked by a ramp which was used to take building materials up to the top. It seems as if one bell tower is inside the other. The ‘inner’ tower is illuminated by large rounded windows whereas small single-light windows let a pale hue filter through. The tower is made of terracotta apart from the white stones which separate the three orders, columns, arches of the belfry and the smaller columns of the loggia. In 1490, it was damaged by lightning and the cusp was changed. The current polygonal tambour coping replaced the lead pyramid, similar to that of the San Marco bell tower.

Brochure of the Basilica