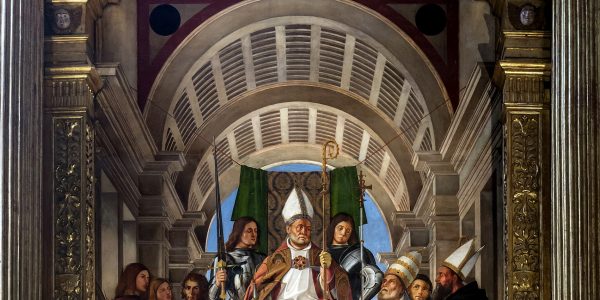 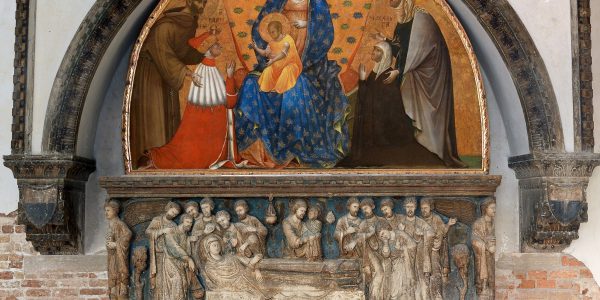 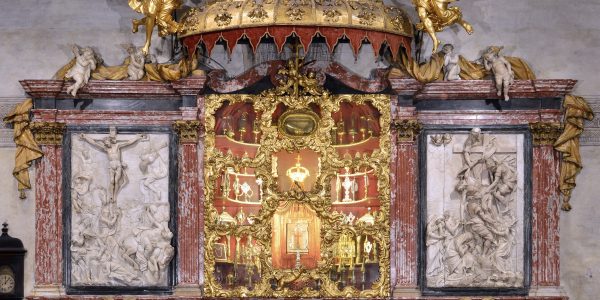 Twelve almighty columns, symbol of the apostles, hold up the “sky” of the Basilica, composed of beams, ribbing, keystones with figures, webs and ogives, which harmoniously intertwine, overlap and intermingle. The church is in the shape of a Latin cross and has three naves with a transept. The six polygonal chapels in the apses extend along the length of the entire transept whereas the aisles are separated from the central nave by six couples of two-order pillars crowned with capitals with hook-like leaves, on which are set the ribbed cross vaults. The fifth couple, at the entrance to the choir, are trilobate pillars. In the central apse, there are elegant polystyle pilasters instead of the circular pillars. The impression of ‘height’ is slightly reduced by the twin order of wood panelled “tie-beams”, whereas the space is outlined by the presence of the artistic choir placed in the middle of the church.

Brochure of the Basilica