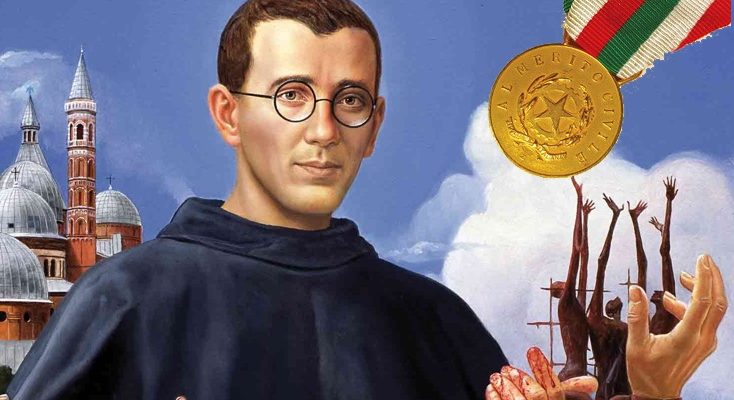 It is with joy and gratitude that we, Franciscans Friars of the Frari, want to share the important award of the Italian Republic, the Gold Medal for Civil Valour, conferred by President Sergio Mattarella to our Father Placido Cortese (1907-1944), FranciscanConventual, who during the Second World War helped prisoners interned in concentration camps and succeeded in making many Jews escape. Then he was barbarously killed in Trieste in 1944 and now the process of canonization is under way.

We remember him here because Father Placido Cortese is also linked to our Basilica dei Frari: he stayed in Venice from September to October 1927 after leaving Cres, his native land. In few words he described the Basiica dei Frari in a letter addressed to his sister (who lived in Cres): “Our Church (dei Frari) is magnificent. A purity of lines that surprises, a divine apse where the Assumption of Titian stands out, the whole Basilica is a jewel of art and beauty “. In other letters written in this short period in Venice, he recalls the solemn liturgical celebrations where he participated.