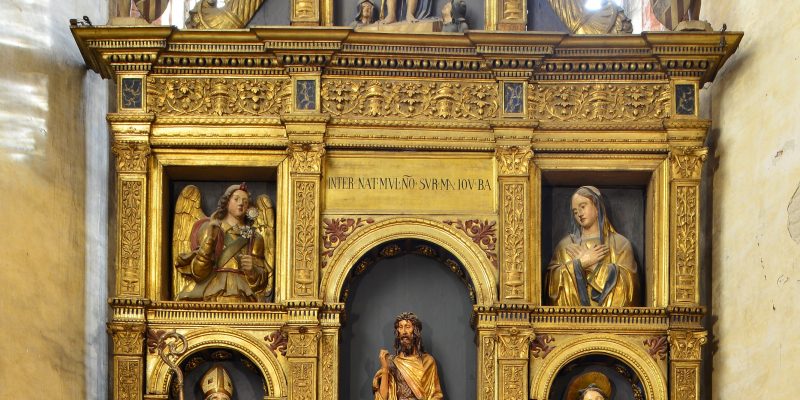 For the chapel of Fiorentini, Donatello made the only Venetian piece of art created by the great master: St. John the Baptist. Above the statue there is a Latin inscription, taken from an antiphony celebrating the precursor, which states the following: «Inter natos mulierum non surrexit major Joanne Baptista». (Among those who were given birth to by a woman, none were as great as John the Baptist). The statue by Donatello, 1.55 m tall, was placed on the chapel’s altar in 1438. It can be said that Donatello, in realising this sculpture, sacrificed form for expression, a significant example of the new Renaissance culture. Mortified by penance and dressed in a shaggy animal skin and mantle thrown over his shoulders, the saint holds a scroll, between his tapering fingers, which states: “Ecce Agnus Dei”. The admonishing power of the Baptist is conserved in his animated look and raised arm. On the plinth there is the signature of the artist and the date, 1438: “Opus Donati de Florentia anno MCCCCXXXVIII”. 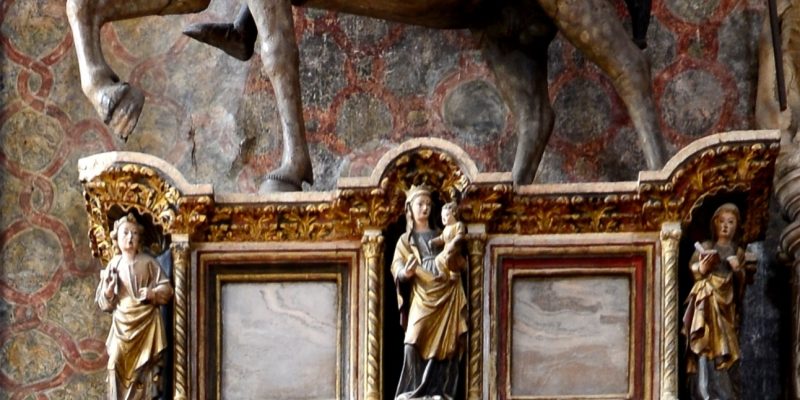 The equestrian monument was erected by the Serenissima for Paolo Savelli, General of the Venetian troops, who died of the plague in 1405 during the siege of Padua. This Roman noble was given a solemn State funeral and was buried in the Frari Basilica. This was also due to the fact that he had consistently contributed to the construction of the webs of the transept. The equestrian monument is composed of a marble urn on which stands the General on horseback. The architectural structure dates to around the mid 14th century (probably the work of Rinaldino of France due to the strong resemblance between the Madonna of this urn and that of the Madonna Mora at the Basilica of St. Anthony in Padua) whereas the more classical decoration of the sarcophagus, in the cornice, in the corbels with the coat of arms held by two lion heads, but above all in the sculptures, can be traced to Tuscan school around the end of the 14th and beginning of the 15th century i.e. the transition between Gothic and Renaissance style. Above, on a imposing golden wood horse, there strides the wooden statue of Savelli whose face is full of life. He is wearing luxurious clothes (the same sort that were found in the sarcophagus). The sculpture was presumed to be of the hand of the Sienese, Jacopo Della Quercia (1367-1438), but is more likely to be the work of a Tuscan sculptor active in Venice during the first quarter of the 15th century. 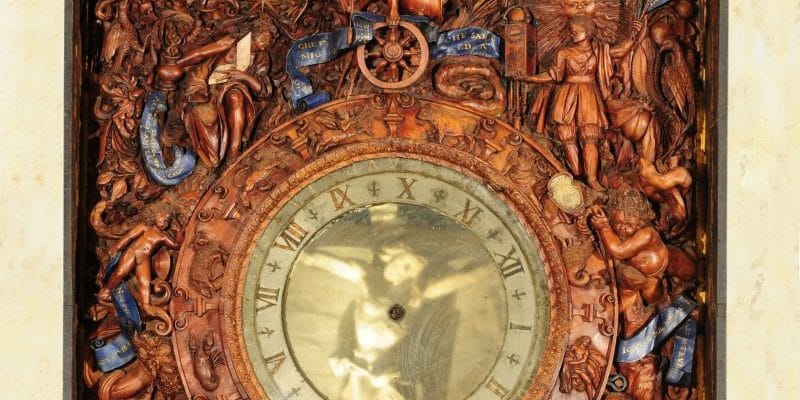 On the right of the wrought iron door is an intriguing clock in a wonderful wooden case carved by Francesco Pianta the younger (17th century). The clock is carved in a single block of cherry wood and represents the allegories of time. In the two doors of the outer case, decked with parchment, is the detailed description of the meaning of all of the carvings of the clock: from the passing of time to the seasons, to the time span of the life of man. 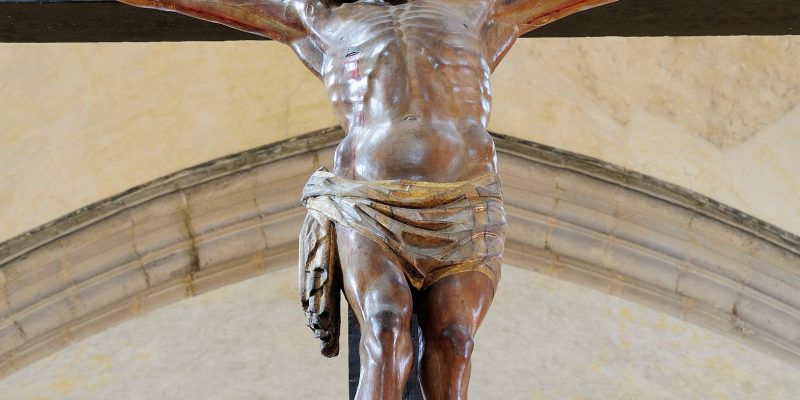 The crucifix, well visible from afar, hangs over the entrance of the choir. Traditionally, there was a Calvary hanging above the choir screen: in fact, beside the Crucifix, there are the sculptures, made with Istrian marble, of the Madonna and Saint John the Evangelist. Recent studies attribute this work to a Venetian craftsman. It is very likely that – thanks to his beauty and relevance – this crucifix was taken as a pattern for many others in Venezia and the Veneto region. 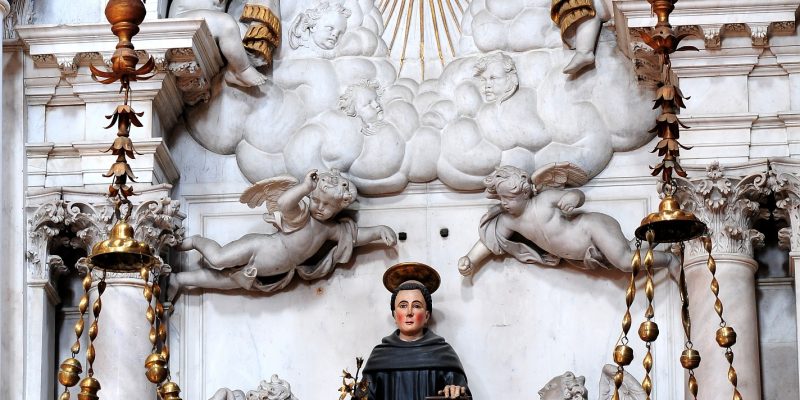 In December 1441, after having completed the construction of the church, the friars granted the space in the right aisle to the Scuola di S. Antonio, which moved here in 1439 from San Simon Grando. The space extends from the facade to the first column nearest to the entrance of the central doorway. It was established that “a sumptuous altar could be erected… along with a round window in stone and glass up above ”. The present altar was built in 1663 using funds collected by the “Confraternity of St. Anthony”. It replaced the original wooden altar of which remains only the statue of the Saint by Giacomo di Caterino of S.Salvador, carved in 1450. The project of this monumental work is by Baldassarre Longhena (1598-1682), but the work, as the contemporary F. Vincenzo Coronelli states, was mastered by Giuseppe Sardi (1621- 1699) and the help of talented artists working in Venice. The altar is rich with marble sculptures and statues which centralise the figure of the Saint, surrounded by angels, and symbolic figures of the theological and cardinal virtues. The altar fills the entire space offered by chapel width-wise whereas length-wise it touches the point of the arch where the Christ Resurrected stands. Four large white Carrara marble composite columns frame the statue of the Saint. Faith and Hope, on either side, and Christ Resurrected on top, are the work of Bernardo Falcone of Lugano (†1694). Above Faith and Hope are Charity and Prudence and, on the pediment, Justice and Meditation. Up above, resting on the curvilinear tympanum, Temperance and Fortitude. These were all sculpted by the Flemish Giusto le Court (1627- 1679).